In the abortion debate, it’s all about the woman. The law and the public never consider the father of the child. This happens in adoptions, too. 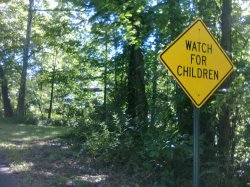 A young man named John Wyatt and his girlfriend were pregnant and did not consider abortion but instead chose to keep their baby. John and his family were looking forward to the arrival of a daughter that he would never meet. You see, his girlfriend snuck out of the hospital with their daughter and gave her up for adoption without his consent, in another state.

Read John Wyatts’s story here and others like it. His personal site is here.

At this point in John’s story, it’s typical of how the law erases the father so that the woman is placated and wooed by pitiful state and federal laws of who the parent is…that is, until she wants child support.

Much is the same with a woman’s ‘right’ to abort…the father of the unborn child has no foothold of keeping his child because the mother has been considered the ‘host’ of this baby growing in her body, not his – she has the ‘right’ to kill his baby or adopt the baby out without the father’s knowledge or consent.

What struck me again (because I’ve seen it too many times) in John’s story is that the adoptive parent’s attorney praises how financially well off the new parents are and how John couldn’t give his daughter the same financial freedom and lifestyle. These people sow seeds of doubt so that the biological parents might go away dejected and humiliated. Essentially what people like that attorney are saying is that we should be able to choose parents for children based on wealth and education and social class.

Too many fathers like John Wyatt are left behind because of social issues implicated by liberal lawmakers that don’t understand the full scope of the axe they are wielding. Dads lose their children every day in abortion clinics and in court because of bad law. While most women and girls that abort are coerced into their ‘decision’, there are some men that want their babies and some of these dads are never told of the child OR some are never told until after the ‘procedure’ which is the cruelest of all.

Adopting kids is not like rescuing a puppy and abortion is NEVER the answer to any question. Children are the future of our world not an afterthought or blight.

If you are a pregnant woman and considering adoption or abortion….please, consider John.

One thought on “Consider John.”