EQUALITY? I think the Constitution is about to be confetti….AGAIN.

Since the Supreme Court has agreed to hear arguments regarding same-sex marriage, it should be important to Mr. & Mrs. American what is at stake and why this has gotten this far. If same-sex marriage becomes federal law, we will be forced to accept anything LGBT related regardless of our moral or Christian conscience and rights. 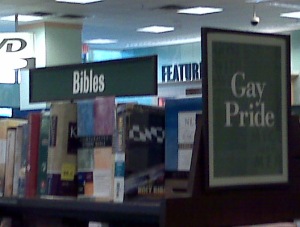 This precious creation that God designed from His own image is being lambasted and forsaken as ‘equality’ in the Supreme Court. Here at KeepLifeLegal, we are have been busy promoting Life…Life that has been ordained and created by a Holy God that has a distinct plan for it. But Life cannot continue nor procreate if homosexual marriage becomes the law of the land.

Life began with one man and one woman, “So God created man in His own image; in the image of God He created him; male and female He created them. Then God blessed them, and God said to them, ‘Be fruitful and multiply; fill the earth and subdue it; have dominion over the fish of the sea, over the birds of the air, and over every living thing that moves on the earth’,” Genesis 1:27-28.

Dear Mr. & Mrs. American, where do you think your money goes? Do you know the money trail of the companies you frequent? It should be NO surprise that public and private businesses/corporations give money to or espouse the LGBT lifestyle and abortion rights. The one in the news today is Starbucks – they have said out loud that your business is not wanted unless you agree with the LGBT Agenda. And of course that’s the tip of the iceberg. You’ll be shocked at the local companies you’ve trusted for years that have been supporting the LGBT Agenda while acting like a traditional family-friendly business.

The actual community of LGBT is about 3-4% of the American population…but it’s their family, friends, co-workers, and local government that makes up far more of whom actually vote for gay rights. Simply said, just one LGBT family member can sway hundreds of people just in friends and family alone and their VOTE even if they do not personally agree with the gay lifestyle or agenda. They are more concerned about offending one homosexual but not concerned at all of what that one act of affirmation can do to the population as a whole.

Mr. & Mrs. American, you are about to lose your rights within traditional marriage.

But don’t look so surprised – you should have seen this coming with the gay agenda infecting public schools and the Church. Did you really believe that affirming the homosexual lifestyle will go without consequence? Right now, they are on the steps of the Supreme Court to make gay marriage federal law. AND much like Roe v. Wade, people will accept gay marriage just like they did with abortion because it won’t personally affect them – or at least they think it won’t.

Let’s revisit the Chick-fil-A boycott…clearly the LGBT took a potshot at a Christian corporation to try to change their philosophy and business practices. The LGBT is OFFENDED by ANYONE taking a moral or Christian stance against their agenda. Is boycotting the answer? That is up to you. But I will tell you that we do our best to NOT to buy products or services from companies that have turned away from traditional natural family values. Intolerance of moral, Christian values is NOT protected by law. This is a list of corporations and business that readily support the LGBT, not traditional moral or Christian values:

Forcing Godly, moral people to accept this agenda is yet another way to take God out of our lives and replace Him with moral evolution. God has not changed nor will He. It is up to Christian America to take our country back:

KeepLifeLegal is a prolife ministry using biblical standards, not denominational or religious man-made dogma. We base this ministry on the Word of God only, through correct discernment of Scripture. We are ordained ministers/preachers/pastors; we are determined to show how public outreach and rescuing is biblical, a work of action and love. View all posts by ThePublicProlifer

2 thoughts on “EQUALITY? I think the Constitution is about to be confetti….AGAIN.”