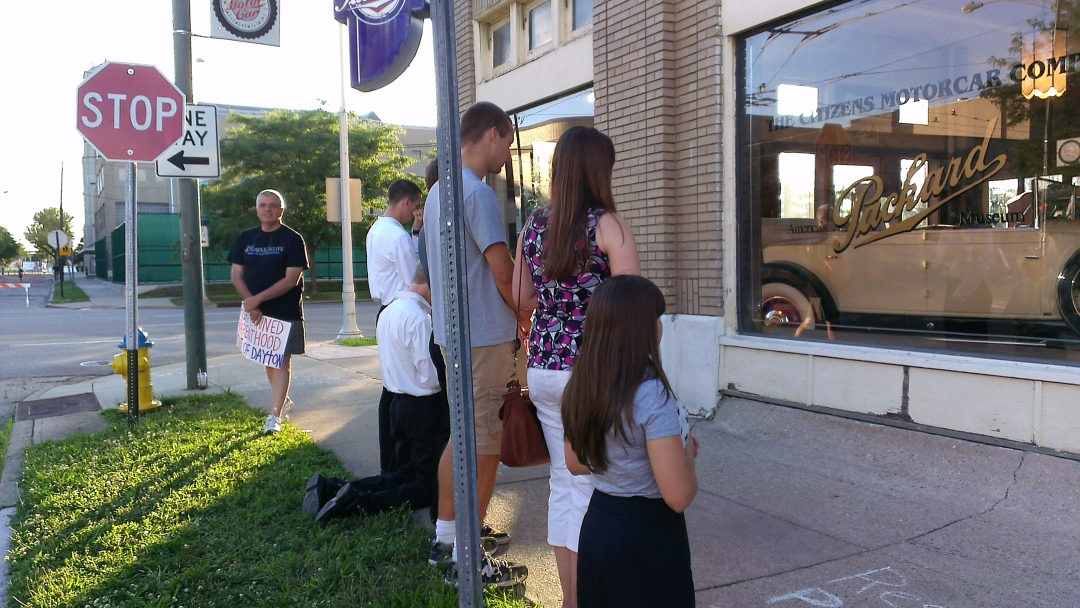 A great victory for our First Amendment rights, the Constitution and the unborn; in an unanimous opinion, the court held that buffer zones violates free speech rights…not that we didn’t know this.

Sidewalk counselors are the last line of defense for the unborn scheduled to be executed. We are a boots on the ground attempt to save lives and spread the Gospel. On the day my mother forced me to abort, there were NO sidewalk counselors, not one person was there to save me and my baby.

The Abortion Czars of America [Planned Parenthood, NARAL, Nat’l Abortion Federation, Obama, etc.] have tried over and over again to sell abortion to frightened pregnant women since 1973. The agenda to quell and kill unwanted children has been hidden in plain sight while we drive past these death pits on our way to the store or work, totally oblivious to the deaths of our most innocent.

Today, the Abortion Czars say: “This decision is incredibly disappointing and ignores the very real threats of violence and intimidation that abortion providers and their patients face every day,” Saporta [NAF] said. “Since 1977, there have been 8 murders, 17 attempted murders, 42 bombings, 181 arsons, and thousands of incidents of criminal activities. Anti-abortion groups would like you to think that they are merely engaging in quiet ‘counseling.’ But aggressive threats and intimidation, stalking patients from their cars to the door, and verbally and physically assaulting them is not counseling.”Read the rest here if you can stand the liberal BS and bias.

Lies. LIES. AND MORE LIES. If we are going to keep score on murder and criminal activity, I suggest you look here to see how many people have died from abortion death TODAY alone. In the state in which I live, 72 unborn children die every day from abortion death. The Abortion Czars sell abortion, MURDER, every day and not one person is arrested, goes to jail or is executed for their crime of serial murder.