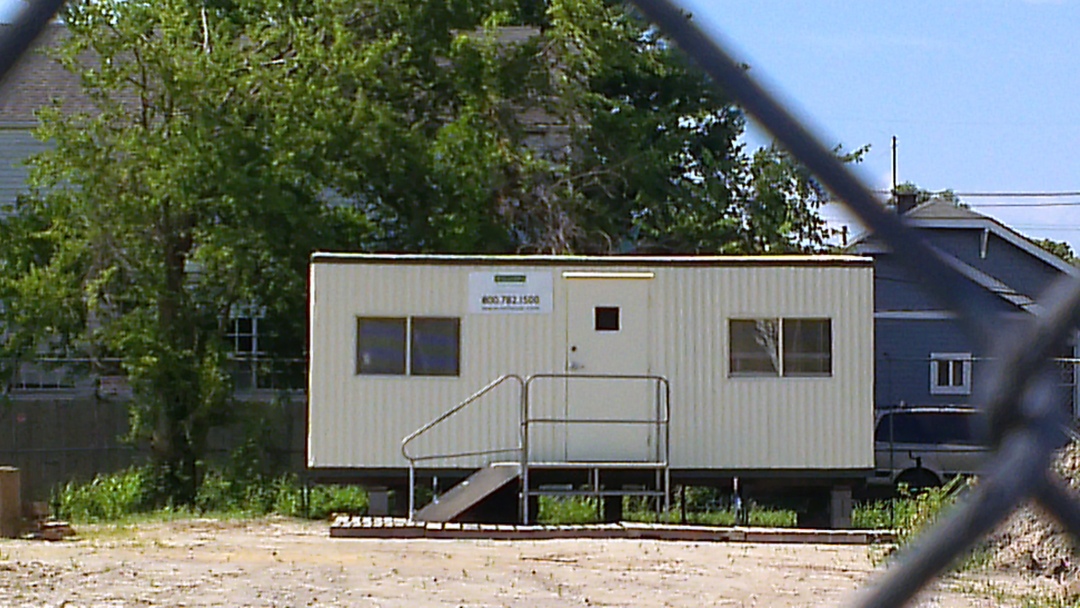 Under the noses of tourists, neighbors and other locals, abortion is being sold. You need to look behind the centuries old architecture, art museums and music. The French Quarter is not the heart of the city…the new Planned Parenthood regional abortion facility site is squarely seated right in the middle of the city, by design.

Recently I finished a prolife missionary trip to Louisiana and Texas. While in New Orleans, I went to the site of the regional abortion facility that Planned Parenthood is TRYING to build. Over a year ago, I went to the Press Rally and since then all that has been built is a rent-a-fence, some concrete forms and roughed-in utilities; photos are below.

Louisiana Right to Life put up signage the day after I left NOLA; I was a bit concerned that I saw no one there both days. Apparently they need more sidewalk warriors to cover some prayer time [HINT

HINT]. The photo shows the only bit of ‘life’ at the Planned Parenthood site, and was apparently vandalized. LRTL should be more concerned and willing to check on the property; the sign was there both days. Not good.

However, this week a national prolife minstry called Operation Save America is having their annual national event in New Orleans and has made quite the splash. According to the local newspaper, there will be ‘heightened security, both uniformed and plain clothes’. That does not hinder this group because they follow the law, not break it. Simply, OSA is there to protect the unborn, preach the Gospel and community outreach. God Bless them for what they do and please pray for their safety.

Boycotting works; telling the TRUTH works. Some of the contractors and subcontractors had no idea that they were working on an abortion facility and left the job. Others have not left, click here to see who is still on the job.

Pray that Planned Parenthood gets the hint to LEAVE and a gospel mission of prolifers and ministers stay to spread the love of Jesus Christ; without Him, we are nothing. With abortion, we die…every one of us.