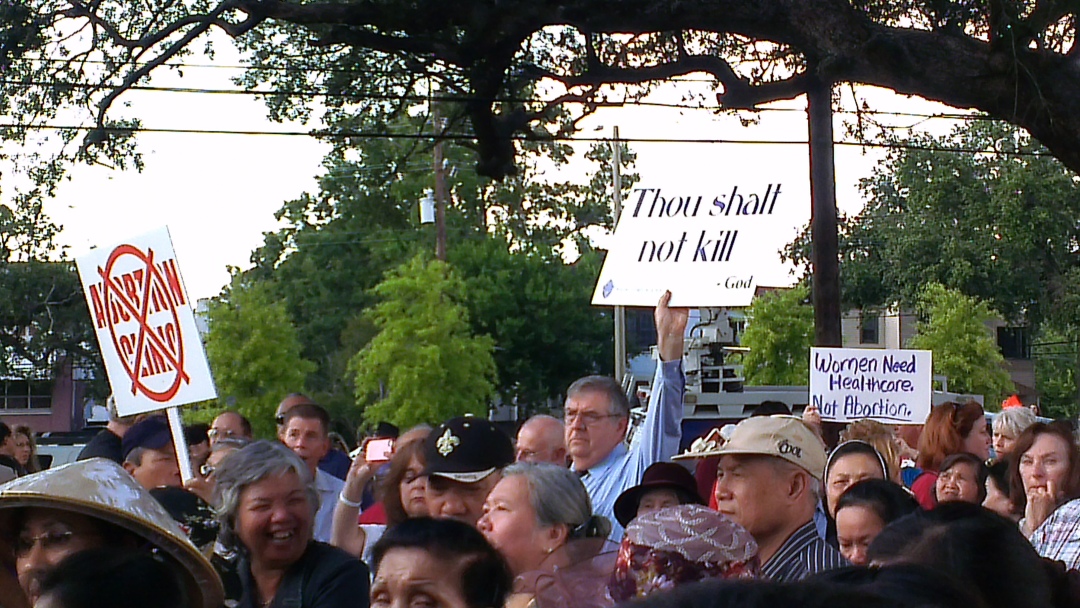 Has Midwifery Gone Back to the Dark Ages of Witchcraft?

The answer is yes IF the midwife is prochoice. There is nothing about abortion or prochoice that is of God, and if it isn’t of God….then what is it?

Plainly, scripture tells us that you cannot have the Spirit of God AND of Satan in the same house. It is impossible. Then, if a midwife, spiritual [not Christian] or not, believes in aborting children as part OF midwifery, is she a midwife or an abortionist? That is a house ‘divided’….one to birthing and one to murdering. How can any woman trust a midwife who may provide abortions?

The blurb below is from another blog called ‘Choose Your Own Midwifery Adventure’ and is from the UK/Ireland. In fact this person goes on to say that midwives should be forced to provide the abortion procedure:

“I am totally pro-choice….. And if they don’t want it to continue, to be able to access safe abortion on demand at any point up full term…….People have expressed surprise that I hold these pro-choice views and yet I am training to be a midwife.

“If the supreme court rules that these two midwives are right to interpret the conscientious objection clause to mean they are within their rights to refuse to have any part to do with any part of abortion provision – including co-ordinating the service that provides the abortion – then there will be a precedent that can be used to further limit access to safe legal abortion.” See that link here.

Forcing anyone to provide and/or participate in an abortion procedure clearly violates their conscience, their religious freedom and right to free speech. BUT…does this violate their Christianity?

The midwife student also mentioned in ‘her’ [since gender identity is somehow nonsensical to this person] blog also believes that it’s not just women who  are pregnant. Alrighty then….I suppose that biology is just an elective now?

A hospital birth is looking better and better considering this is who  is being trained to help birth a child they believe can be aborted UP TO BIRTH and should provide that ‘service’:

“Between 1890 and 1920, physicians, public-health workers, and reformers across the United States debated ‘the midwife problem’. Part of the ‘problem’, as many observers defined it, was the practice of abortion by midwives. F. Elisabeth Crowell, a nurse and an investigator of midwives, reported in 1907 that New York City officials and physicians agreed that midwives were primarily responsible for abortion. “Indeed,” she concluded, “some go so far as to say that the two terms ‘midwife’ and ‘abortionist’ are synonymous.”  Read the rest here.

Historically, some midwifery was considered part of witchcraft but women have recently decided to be in control of their child’s birth, whether it be by midwife, hospital, home, etc. BUT I cannot believe that one has to wonder or even ask a midwife IF SHE IS PROLIFE. Then the question is….are prochoice midwives a form of witchery/witchcraft since a house divided cannot stand?

This proves once again that there is no real safe haven for any woman who wants to keep her baby or have a home birth. Women are reluctant to ask for help because this is the help that’s out there: ABORTION. And if it isn’t abortion, it’s another person who they are trying to entrust with their child’s delivery. This sacred thing called birth is taken to an all new level of deception.

Truly, this writer believes in doing your homework when considering a midwife or a home birth. If they believe AT ALL in the culture of death, find another midwife or doula who understands the sanctity of LIFE.

This brings child sacrifice to an whole new level of child thievery, not midwifery. Once birth has begun, the mother has to trust who is around her:

“I also refused to consider any doula who listed “abortion support” as one of her services. If a woman is going to be present for the birth of my child, I don’t want to know that she has been present at the murders of countless others, supporting this atrocity because to her freedom from inconvenience trumps the freedom for life itself for the defenseless. As with doulas, it was equally frustrating finding a midwife who celebrated my pregnancy, even in its early stages. Since I live on the East Coast, for both a midwife and a doula I settled on women who were at least silent about their opinion of current U.S. law that allows the death and dismemberment of unborn children.” Read the rest here.

My Irish ancestors would be rolling in their graves seeing what is happening to their cherished land and women aborting future generations. While I’m happy they cannot see this, I am astonished to see this once great land becoming another abortion war zone. And here in America, we are more and more aware that if it quacks like a duck and looks like a duck, it’s a liberal impersonating a duck….badly.

2 thoughts on “Has Midwifery Gone Back to the Dark Ages of Witchcraft?”