Locally, two women with botched abortions were transported to a local hospital where Martin Haskell has a variance rather than an actual transfer agreement. His variance is through Wright State Physicians, see that here.

These incidents were witnessed by brave and stalwart local sidewalk ministers/counselors. We are working on obtaining the 911 call recordings.

“Say again how abortion is safe, legal and rare? Botched abortion is not as rare as you would think…but twice in ONE DAY?” ~ Rev. Katherine Marple of KeepLifeLegal.

Roslyn Kade was the abortionist on duty and it was also noted that the usual anesthesiologist for the late-term days was not at Haskell’s on the day of the incidents. It is not clear if there was a back up anesthesiologist although it has also been noted that a woman may have filled in that day.

We will update this story as it progresses.

Thanks to my fellow sidewalk minister  for her photos below [copyright protected]. 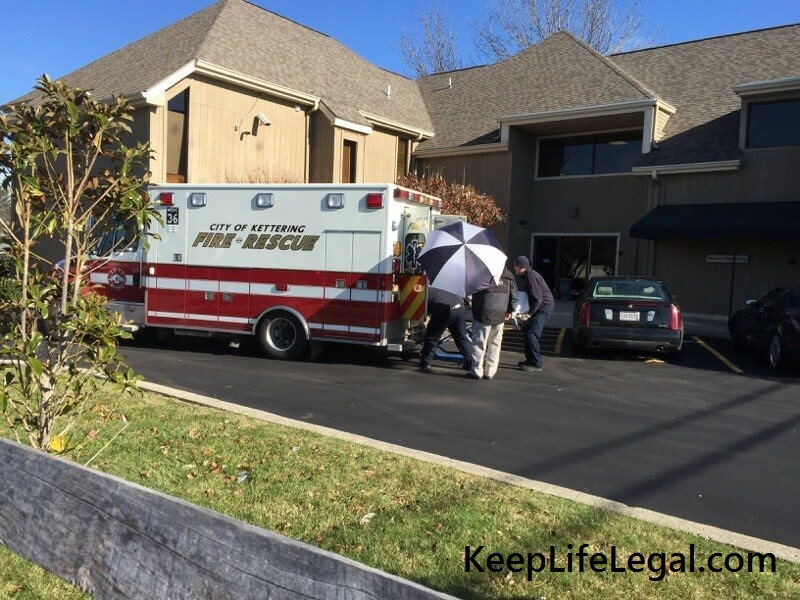 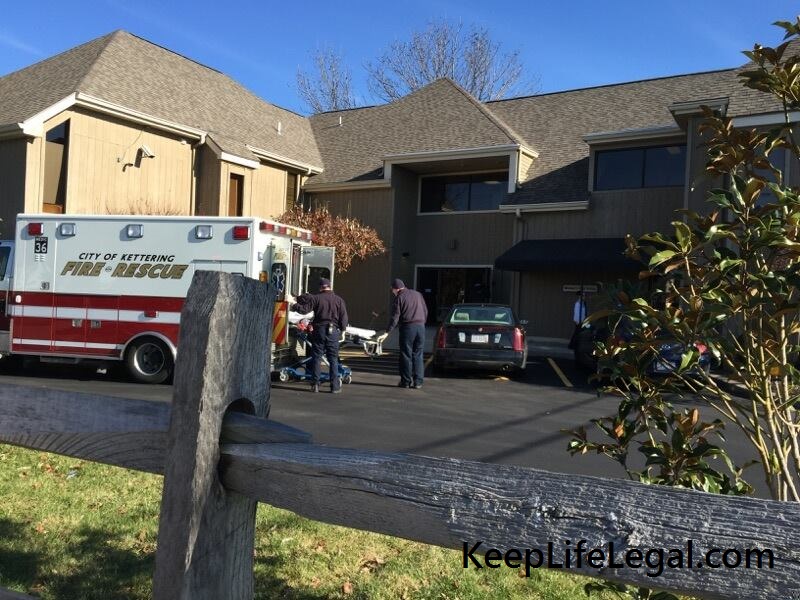 2 thoughts on “BREAKING NEWS: TWO Ambulances in ONE Day”