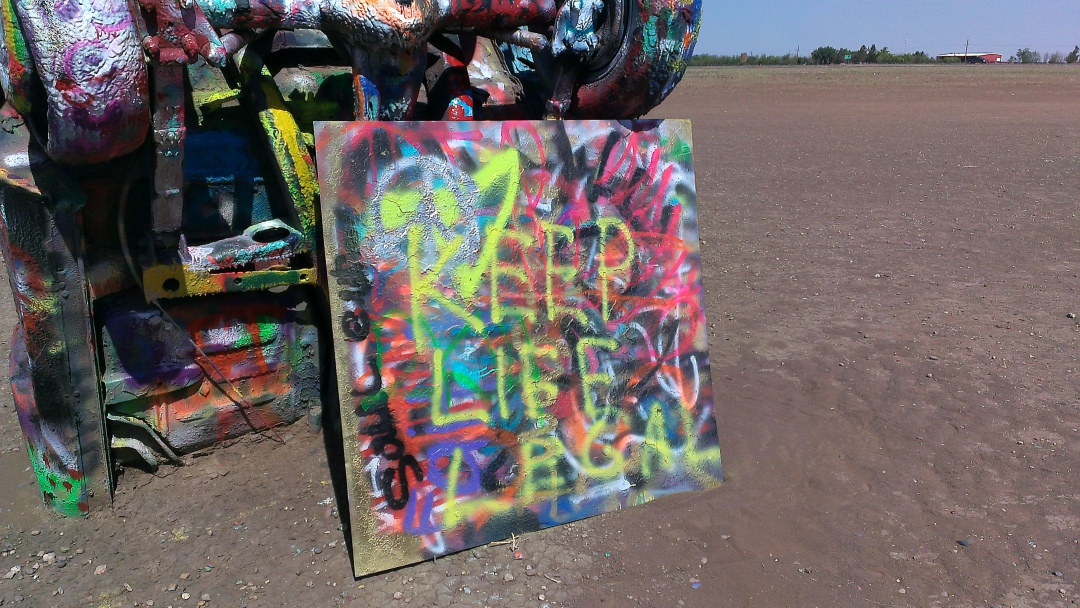 Liberal logic at it’s highest, they laud one pedophile and publicly assault the other. Why? It’s the age-old good against evil, liberal against conservatives, the Godless against Christians. I, among others, posed this question on ‪‎twitter, the ‪‎liberal logic‬ of embracing what Lena Dunham‬ did to her sister and wrote about the abuse in a book. Liberals APPLAUD her for being a pedophile while they take shots at Josh Duggar. This is the answer I was given: 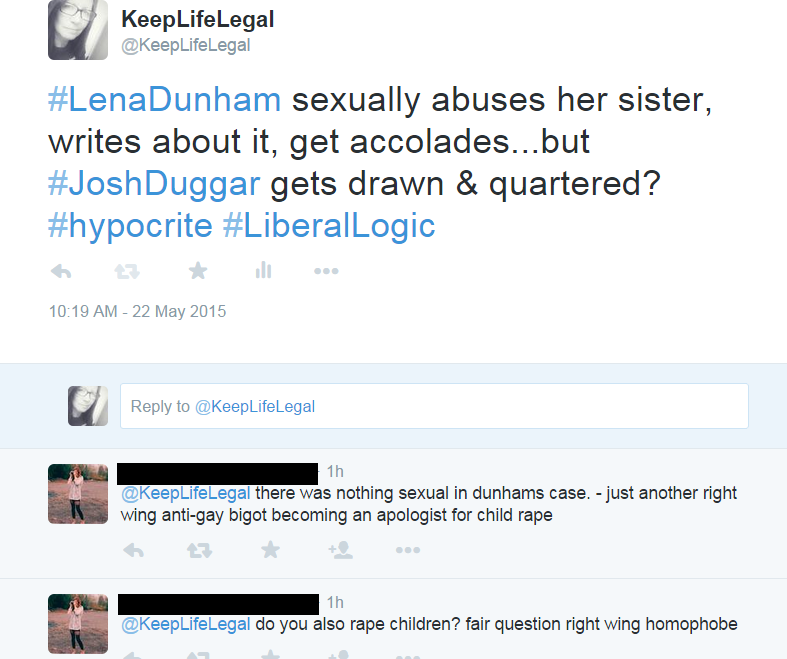 Wowzers. It’s an interesting thing…when you point your finger at someone, there are three pointing back AT YOU. Every. Time.

This is so obvious, people hate God so much that they would protect a woman who sexually abused her own sister AND WROTE ABOUT HER PERVERSION WITHOUT APOLOGY. Josh Duggar ALSO does the unthinkable, admits it, gets counselling, and gives his statement:

Twelve years ago, as a young teenager I acted inexcusably for which I am extremely sorry and deeply regret. I hurt others, including my family and close friends. I confessed this to my parents who took several steps to help me address the situation. We spoke with the authorities where I confessed my wrongdoing and my parents arranged for me and those affected by my actions to receive counseling. I understood that if I continued down this wrong road that I would end up ruining my life. I sought forgiveness from those I had wronged and asked Christ to forgive me and come into my life. I would do anything to go back to those teen years and take different actions. In my life today, I am so very thankful for God’s grace, mercy and redemption.

All that Lena did was backtrack, retract, act, and just bubble over with sick pseudo pride of doing the unthinkable. A Facebook comment on her page said: “You are a rapist who falsely accuses others of rape. There is word for that. It is called projection” AND “She’s the Al Sharpton of rape.” Find more comments about this here.

Both Josh and Lena did a very bad thing, and they will both answer for it….BOTH. Lena and others like her will continue to blow up his sin while forgetting their own.

All children should be protected; born, unborn, the afflicted. What incestuous pedophiles take is something that can never be given back. This is a crime against nature, against God, against humanity. A pedophile takes a child’s dignity and replaces it with fear, perhaps for the rest of their lives.

4 thoughts on “The Obvious Blur Between Lena Dunham & Josh Duggar”