one more instance where Texas got it right and Ohio is trying to catch up. With the recent issues of where dead aborted babies go in Ohio, the State of Texas [HB 635] addressed this regarding children miscarried before 20 weeks. It used to be determined by the hospital policy, not law, where miscarried children go. But with proper legislation, parents can now take their child, name him or her, and have a burial according to their wishes and/or faith. Texas saw the humanity of the child, gave dignity back, and subsequently helped in the grieving process of a family who just lost a treasured member.

In Ohio, it is not only miscarried children that will

be dignified, but also aborted children will be given the same tact and respect given to wanted children regardless of how their life ended. KEEPLIFELEGAL and The LIFE House Outreach thanks Attorney General Mike DeWine for his stance and heart toward ALL Ohioans.

Everyone believes a life deserves love and respect in death as well as life; then it should make perfect sense to do the same for those that cannot speak for themselves. Certainly proaborts wouldn’t put Grandma in the cooker and dump her in a landfill filled 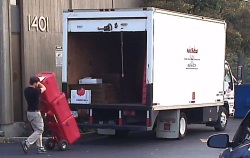 with common trash, but that is exactly what proaborts want for aborted children – total anonymity of a life they sacrificed to make their own better.

A Michigan abortionist wanted to have a bonfire fueled by aborted children, saying after losing Stericycle they had at least 5 MONTHS of aborted children to ‘dispose of’ and mentioned the use of a garbage disposal, also said ‘fetuses should be used for energy‘. See the video below, about halfway through, the entire video will be quite eye opening.

Planned Parenthood, NARAL, and the rest of the Abortion Cartel whine about the cost of burial or cremation of aborted children but will give their family pets a fine funeral.

DO NOT BE DECEIVED: The Abortion Cartel wants to dehumanize your baby to continue their abortion agenda. All humans deserve better, women should expect better.