And the Pink Psycho Babble continues.

Oh, Planned Parenthood, with your Pepto clad minions pinging around like a frantic pinball machine, do you NOT know that your agenda is nosediving? Or is this the new plan, act like it was all about Ted Cruz binding the abortion giant in the White House even though he’s on his way BACK to Texas to secure the HB2. Oh, dear me…

So, as you regroup to attack Trump, remember his lack of manners when it comes to ignorant man-hating women. But all’s well, he’s hired John Mashburn as his Policy Director. Step by step, Trump will show his prolife side, his polished gold plated hatred for abortion. And unlike all of the other candidates COMBINED, Trump can buy Planned Parenthood and fire every one of you and burn it to the ground. Oh, the humanity!

But it’s okay, slink around a bit feeling like you’ve won this from Ted Cruz and conservatives. Quite honestly, your little show is just hilarious! How do you all keep count of the people and God you hate so much? I mean, does abortion really keep you that warm at night? Or is it the false sense of hope, LIES, you tell poor women that you target?

Either way, enjoy yourself while you can! Your little pink party is just about over as it goes down in a blaze of shame. But don’t you worry about it, because we aren’t going ANYWHERE. Stop embarrassing yourself. 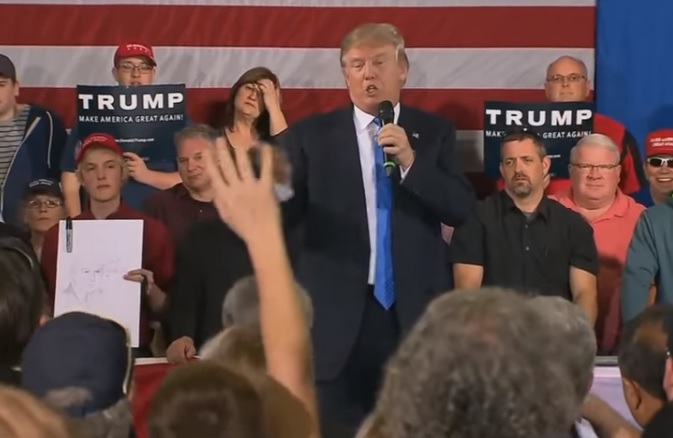