Yes friends, you can be anti-abortion AND prolife. There is a line

between being fundamentally prolife and boots on the ground soldier for life. We walk that walk, no more talk. The frontline of the war on LIFE is clear and not subjective, and WINNING! Proaborts are scrambling, ‘choice’ is being outed as the lie that it actually is, voting is CRUCIAL, life is worth protecting.

Here in Ohio, the Ohio Department of Health releases the abortion report in the third quarter of the following year. While there was a very slight decrease in REPORTED abortions, there were many more in this county where Martin Haskell kills. We have not seen an 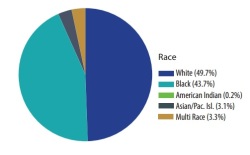 upswing in aborting mothers on this sidewalk but our local Right to Life is aware of the abortion pill being prescribed at Planned Parenthood in downtown Dayton. In Montgomery County, we see a reported 40% more abortions and more black women aborting while there is a slight decrease in white abortions. The numbers may not seem like much, but when the black population is at 15% of the total state population and are making up 43.7% of ALL reported abortions, we have a failure in mentoring our young women, and particularly young black women who are either forced or coerced to abort their children because they have no support system in their families or know that there are hundreds of clinics that will help at little or NO cost to them.

Tim Kaine and Chelsea Clinton both made it to Dayton last month and had a life-minded welcoming committee to show them the sanctity of life using our Constitutional rights and freedoms. They, and the public, need to be reassured that Hillary does support abortion through all nine months and wants Planned Parenthood to be another government arm that will funnel our tax money to pay for unborn child killing.

And to those that won’t vote, write in someone else, vote third party: STOP. Just STOP. If you are so principled and prideful that you just cannot vote for the Republican candidate, just consider the Supreme Court. Think of who Hillary will appoint. Think of who Johnson will appoint. Now, think of who Trump will appoint, life-minded conservatives who will PROTECT our Constitution and our rights and freedoms it affords each and every one of us. The only way Trump can’t win is if the principled and prideful show up and the church does not.

Lives are in the balance, life is NOT protected, the SCOTUS is the most important thing you’ll ever vote for.