One day back in 2008, it started raining and didn’t quit for eight years. We’ve been through every kind of rain there is; little bitty stingin’ rain and big ol’ fat rain,  rain that flew in sideways, and sometimes rain even seemed to come straight up from underneath. Shoot, it even rained at night….FOR EIGHT LONG YEARS.

It’s rained every kind of evil liberal progressive agenda and rhetoric that could ever be imagined. It’s rained about 8 MILLION aborted babies since 2008. What Obama and his family and staff can take away from their tenure is being responsible for 8 MILLION deaths of the most innocent and voiceless Americans. 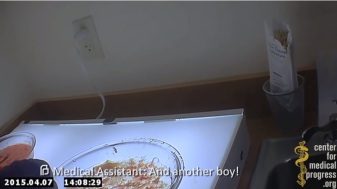 So, what about this victory? Time will tell with Trump, just like it does with every president. He promised to defund the abortion giant Planned Parenthood and appoint prolife Supreme Court Justices, returning much of the protected class ‘laws’ back to the States. So, let’s start with that and see where this leads. After all, if you defend the most innocent and voiceless and defund their executioner, how bad of a guy can he be?

However, I do love the scurrying that proaborts are doing. And they should, because they are about to be on the other side of the law.