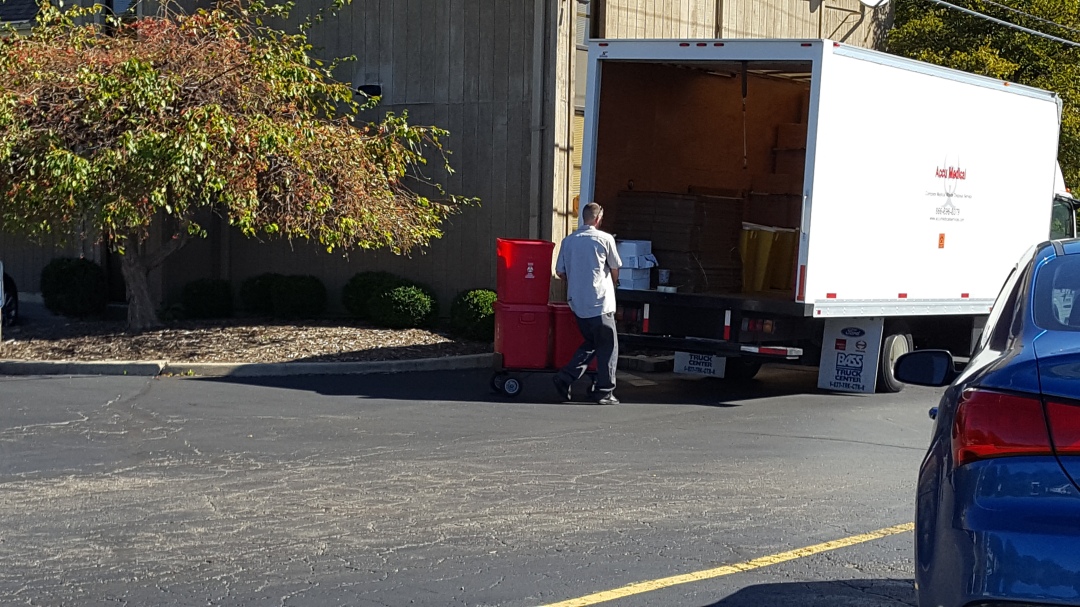 This writer has been witnessing at Martin Haskell’s mill and hearings for years. This

particular mill is owned by the pioneer of the partial-birth abortion procedure and is one of three late term killing facilities in Ohio. Today was a late term day, up to 22+ weeks.

After Haskell stopped surgical abortions in his Sharonville facility, it is only a matter of time that he will have to finally shutter Women’s Med in Dayton.

“Ohio has revoked the operating license of one of the state’s few remaining abortion clinics on the grounds that it failed to obtain a required transfer agreement with a nearby hospital for emergencies….Women’s Med Center of Dayton has 15 days to appeal the order, which was signed Wednesday by Rick Hodges, the director of the Department of Health. The clinic said it will do so….Hodges said the license is being revoked because the facility failed to name an adequate number of physicians to provide the backup care necessary to qualify for an exception to the hospital rule. His order fell in line with the recommendations of an independent hearing officer.” Read the rest here.

Is Ohio finally done with allowing murderer Martin Haskell to kill late term babies and without a license? Time will tell…or his accountant.

We will be on the sidewalk to report any fluctuations or disruptions in Haskell’s abortion business, including any praise reports. Follow us on Instagram for our ‘On The Sidewalk’ posts.