You know, because if she protected and served Daytonians, that would include unborn Daytonians, right? That’s a great big resounding NO.

Nan Whaley is running for Governor of Ohio. At first, everyone thought this was a huge prank, I mean, this woman gave Dayton bike lanes rather than food and shelter to the underserved and rehab to the addicted. How I wish this was a cruel joke.

Proabort Nan continues to protect Planned Parenthood who still believes the rhetoric that PP is a ‘health center’. Pretty sure healthcare doesn’t 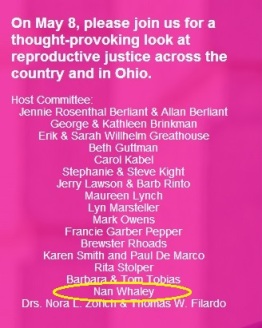 kill people for profit. The Dayton Daily News reported today: “If all Medicaid patients are blocked from seeking care at Planned Parenthood health centers, it would be an attack on the well-being and economic security of those who already face barriers to accessing health care and need it most,” the letter read. “People go to Planned Parenthood because they know they will find health care professionals who are compassionate experts dedicated to reproductive and preventative health care. We know our communities, and we know they rely on the trusted care of Planned Parenthood. For Medicaid recipients to lose this essential part of their health care would be nothing short of disastrous.”

She has no idea what ‘equitable access to health care’ means. If she did, then Dayton’s 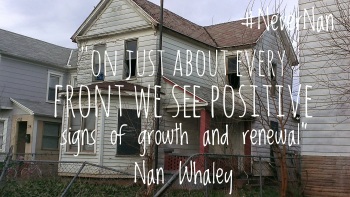 heroin epidemic would have been addressed and dealt with including rehab in jails & prisons, more police patrolling, blight used as drug & prostitution dens torn down, and that’s just the short list. No, Nan. You don’t know Dayton. AT ALL. We were in Old North Dayton yesterday for Mother’s Day and saw a woman in the throes of heroin stumbling on the street screaming in what seemed like horrific pain. This is YOUR Dayton, Nan. Planned Parenthood doesn’t fix that.

So when we see how Never Nan opines over Planned Parenthood, we remind her that abortion kills at least 60 unborn Ohioans every day; Ohioans that would be VOTERS and contributed to our state, our economy, our future. Rather, Ol’ Nan wants PP, she HAS NO CLUE ABOUT WHAT HER COMMUNITY NEEDS OR WANTS. She has proven over and over again that she is CLUELESS on what Daytonians needs, such as FOOD and SHELTER, NOT BIKE LANES and BREW PUBS.

We do know that Nan has absolutely NO CHANCE of ever running this state. EVER. Go back to Indiana, Nan. You can’t fix what you ignore. We want Ohio to have LIFE.