PROLIFE Democrat snubbed by party for reelection? Yes, it IS about abortion.

Are there some Democrats the finally see that the party has gone off it’s proabort rocker? Pretty much. I’m not so surprised that blue dog dems like Dan Lipinski are outed for the true social justice that was once a standard of the party. Democrats tried to not be the party of abortion, but as it happens, it became exactly that. And it’s not like Dems are hiding it, either. They are PROABORT, not ‘pro-choice’. If you’ve ever been to an anti-abortion outreach, you’ll see exactly what these tree-hugging/puppy saving/abortion loving hags that they truly are. We encounter this at every outreach we are a part of.

Some Democrats speculated that NARAL, the powerful abortion rights group that has been aiming to take down Lipinski for years, is behind DCCC’s decision not to publicly support Lipinski. Steven Kravitz, a chief executive at NARAL, is the treasurer of a newly formed super PAC that has recently spent more than $400,000 to boost Newman. Read the rest here.

The ‘Party’ is pushing out the old and centrist, now they only want the most extreme. When California is done with Senator Dianne Feinstein, you’ve just gone to a place only hell knows. Certainly, we’ve never seen Feinstein as anything but a liberal progressive. So when progressives turn on you, WOW…just WOW.

Feinstein has always been a little to the right of where the party’s activists are. Now, at age 84 and in her final campaign, Feinstein is once again at odds with progressives, despite her efforts to move left by more strongly opposing President Donald Trump’s agenda. Read the rest here.

Democrats should change their identity to the Abortion Party; it’s exactly where they want to be, a place to kill and shine for clueless, Godless progressive feminazi millennials.  There’s always plenty of pink hats for everyone. 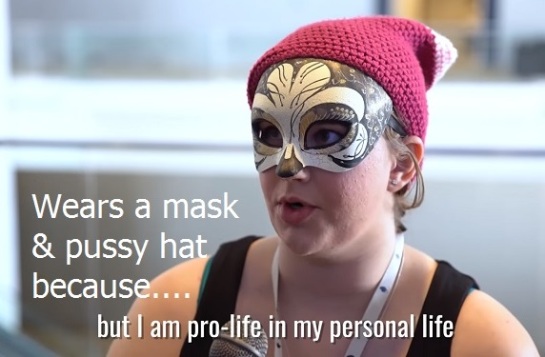