It’s real easy to call foul when YOU’RE LOSING. So typical of proaborts expecting to spend a bunch of YOUR TAX MONEY to redistrict the state of Ohio to give them the majority. Sadly, their empty pockets and loss of credibility will bring about YET another failure. 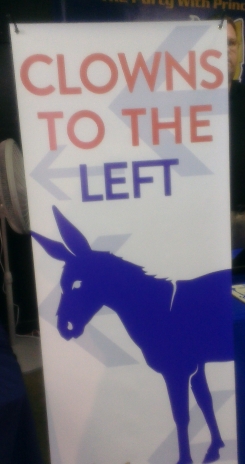 LITERALLY don’t have enough days in the week to tell this person and her trusty minions just how wrong they are. NARAL Proabort Ohio has the nerve to whine about being taken seriously in regard to so-called ‘gerrymandering’. NARAL Proabort Ohio’s podcast sole purpose is to mispronounce prolifers names and ridicule their appearance, laugh like rabid hyenas at middle school humor, but want to be taken so seriously when they take your tax money to appeal settled prolife laws. Read that here.

Ohio is a constant pile of manure to proborts; they wallow in it, they fling it at prolife Ohioans, has gone nose blind to the disgusting odor, attracting the proabort flies that buzz around it all. So, when you read about how misdirected or lopsided or aggressive prolife legislators are, remember that pile of crap they call ‘choice’ and how they lie to get it.

Since the redistricting, the everlasting whine of the Ohio proabort has been just glorious! I find it interesting that if the cards were stacked in their favor, nary a peep would you hear from them. Hypocrites.

Ms. Copeland doesn’t quite understand how state politics works. People VOTE for the people who most represents THEM. So, the ‘they don’t look or think like the population’ is just plain ignorance at the obvious. WHY would anyone vote for the complete opposite of who they are? Exactly. 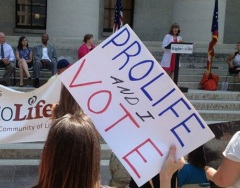 In Ohio, MOST counties voted Red in the last elections. The only counties that did not is where the progressive liberal democrats reside. In Ohio, that would be in the major cites (Cincinnati, Toledo, Cleveland, Columbus, Dayton), much like most states. Then WHY should only the major cities of any state dictate the rest of the state? OBVIOUSLY it should not, which is why there is an electoral college for federal elections, you know, checks and balances. The districts in Ohio are fair and balanced as the SCOTUS dictates.

This so-called ‘gerrymandering’ is the brain child of all democrats who lost this past election. If they are seeing ‘red’ in their districts, then perhaps they should reconsider their extreme left agenda, it does not work anymore.

What else do you expect from Trump haters: “Republicans hold 24 seats in the 33-seat Senate and 66 in the 99-member House. The party first claimed a supermajority in 2012, but the bigger shift came in 2010, when the Democrats lost a whopping 13 seats in the House, handing control of the chamber to Republicans in the crucial election before the state maps would be redrawn.” Read the rest here.

Well, I’ll be darned. Won fair and square, we did.

Then, the real question is why do proaborts care about redistricting: “extreme anti-abortion legislation”. To translate, ABORTION has been losing it’s evil baby killing footing in Ohio for years. Great legislation has been passed to protect unborn Ohioans from murderous proabort agenda.

The only thing that’s gerrymandered around here in Ohio is the deadbeat proaborts that waste our tax money to get their baby killing majority back. Good luck with that. Pretty sure we’re onto ya.