Interesting Letters to the Editor of the Columbus Dispatch regarding abortion in the last couple of days. A rebuttal letter is after this…whatever it is. If this does not prove that 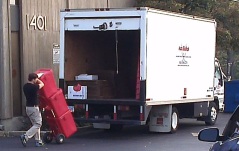 abortion and it’s purveyors and advocates aren’t insane, then YOU aren’t paying attention. And just a quick FYI: The Facebook reposter was from the Ohio Religious Coalition for Reproductive Choice. So then, putting their stamp of approval on this…whatever it is, should shine a light on the insanity of OROCRC.

Enjoy: “I am dismayed by the lack of insight conveyed by the Friday letter “Abortion ends hope for future students” from John E. Evans. Pregnancies are ended precisely because the resulting children will likely not be the “scholars, athletes, inventors” so blithely and naively envisioned in that letter.

“Would-be parents lovingly hand their precious unborns back to the universe because we know or fear that their bodies are malformed, drug-addled, malnourished or endangered. We hand our unborns back in order to protect them from lives of poverty, violence or unlove.

“In the United States, these rights to trust and to hand back our unborns is protected by law. But now, just because a human like Evans has made up a vision of healthy tots skipping off to safe schools with shoes, lunches, backpacks and love notes, we should suddenly trust him instead? Not gonna happen. Nor should it ever.

“To those who would interfere with parents’ rights to give their unborn children up to universal care: Your efforts to force births are abusive to all of us and especially to the unborn. Your efforts are arrogant, illegal, immoral and extremely un-Christian.” [Martha Sanders, Columbus] Read it here.

BUT WAIT! THERE’S MORE! The rebuttal, classic: “I was stunned to read the Tuesday letter “Forcing births is abusive to all, including the unborn” from Martha Sanders, which disingenuously rationalized abortion. Her benign, pastoral, Christian-mocking argument that a woman loves her unborn so much that she wants to return it to God to protect it from being “malformed, malnourished or endangered in life” by sucking it out through a surgical soda straw is not just thinly veiled conscience-quelling claptrap, it reads like the motivational line for a Hollywood hospital-movie serial killer: “And that’s why unbalanced Nurse Cruella secretly murders all those babies in the neonatal ICU.”

“In addition, if her argument of “protecting those from possible poverty, violence and unlovedness” by killing them applies to the unborn, why can’t that be the T-shirt slogan for execution squads roaming the streets hunting the homeless? Doesn’t every soul deserve to live life and not be snuffed out for someone else’s preference or convenience.” [Robert Perdue, New Albany] Read it here.

Being an Ordained Minister, this…whatever it is, is not of God NOR of Christianity. I would make an educated guess that this Martha person is probably part of a cult or aspiring to be.

At any rate, thanks to Robert of New Albany for his great response, pray for Martha.