LOVE IT when proaborts makes our lives easier. First, they try to silence us…NOPE. Second, they try to get us arrested exercising our FIRST AMENDMENT RIGHTS on the public right-of-way….NOPE. Third, and my personal favorite, is when proaborts LIE OUT LOUD to the police and 911 operators…NOPE. You all just got found out, and it’ll cost ya.

“Unbeknownst to Thames, a Northland employee and the security guard called 911 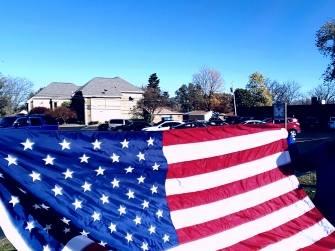 and made a false claim that Thames was threatening to bomb the Northland facility………Based solely on the absurd and false accusation of the security guard, the police arrested Thames, who then spent 49 hours in the City jail until a detective finally released her after reading the report and concluding, “I do not see a direct threat where Kimberly threatened to bomb the clinic.”

The Judge’s ruling continued: “Based on this record, there is a genuine issue of material fact as to whether Officers Gatti and Sergeant Brooks arrested Thames for her prolife activity, and not because she made a ‘true threat’.  Significantly, Defendants failed to evacuate the abortion clinic or make any meaningful attempt to locate a bomb……Just as with Thames’ First Amendment retaliatory arrest claim, the law was clearly established that the police could not arrest a peaceful speaker engaged in protected speech on a public sidewalk…….Accordingly, the arresting officers are not entitled to qualified immunity on Thames’ equal protection claim.”

“The judge’s ruling is significant in at least two respects.  First, our client’s meritorious case is now heading to a jury, which will allow us to seek significant monetary damages for the pain and suffering these officers inflicted.  And second, the judge’s ruling establishes important legal precedent for future pro-life cases.  Too often these cases are dismissed because the court finds that the arresting officers are entitled to qualified immunity.  Here, to deny the officers this defense, the judge had to conclude that the officers are liable for violating clearly established rights of which a reasonable person would have known, which he did, thereby sending the case to a jury.” (American Freedom Law Center)