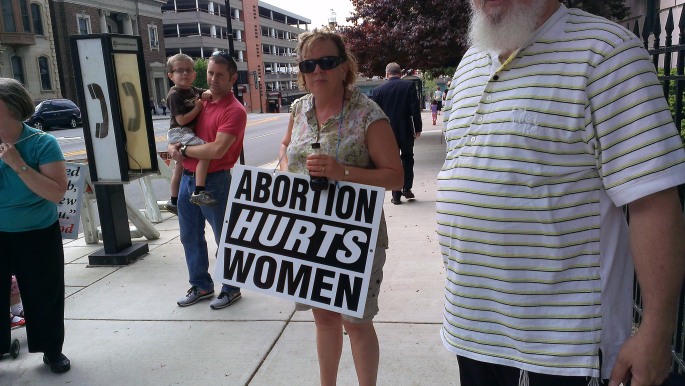 INTRODUCTION: ‘The Failure of Abortion’ is a five part series examining why we ended up on the abortionist’s table. Women are life-givers; women are entrusted by God to give life through birth, not take it. God gives us every tool we will ever need to be a parent. He has not and will not forsake anyone because they chose LIFE. But abortion happens every day, at least 4000 times per day just in the United States alone.

There is only one reason why we abort: FAILURE. Yes, failure – because there is not one good reason or purpose for aborting an unborn child; thus the answer to the abortion question is always FAILURE. Do NOT let the 1% (rape/incest/abnormalities) sway you to choose abortion and NEVER let the 1% take away your restoration or keep you from being 100% PROLIFE; think of the Parable of the Lost Sheep:

“What man of you, having a hundred sheep, if he loses one of them, does not leave the ninety-nine in the wilderness, and go after the one which is lost until he finds it? And when he has found it, he lays it on his shoulders, rejoicing. And when he comes home, he calls together his friends and neighbors, saying to them, ‘Rejoice with me, for I have found my sheep which was lost!’ I say to you that likewise there will be more joy in heaven over one sinner who repents than over ninety-nine just persons who need no repentance.” Luke 15:4-7

This series is for Post-Abortive and Pre-Abortive women and men. It is always the goal of KeepLifeLegal to steer the pre-abortive to parenthood instead of abortion death; however at least 1/3 of women and girls in the United States is post-abortive and need to heal. In order to heal we need to forgive and we need to be valuable once again – we also need to accept the fact that we failed along the way to get us to where we are today. Our failure can be our gain if we face it, accept it and forgive.

We will look at 5 types of failure that causes women and girls to abort:

Failure is a tough word to swallow, it’s like this horrible demon that follows us and torments us wherever we go as a continual reminder of our indiscretions and carelessness of our lives. We did not end up on the abortionist’s table with the beaming smile of a martyr; we are not there because it is for the ‘best’ – we are there because we are broken and FAILED miserably.

Ultimately, we will understand that through failure we can forgive and be forgiven for our abortion failure. Is our affliction too hard to overcome? Nothing is too hard for God and He means for you to be healed, restored and FORGIVEN.

NEVER forget that YOU are also made in His image and created for such a time as this:

“For if you remain completely silent at this time, relief and deliverance will arise for the Jews from another place, but you and your father’s house will perish. Yet who knows whether you have come to the kingdom for such a time as this?” Esther 4:14

Next – Part 1, ‘Failure in Right Relationships’