While proaborts believe prolifers are on the arduous uphill battle, so-called comedians like John Oliver is their death knell. Proaborts are suffering the defeat, and they are going down in an inglorious inferno. Thanks, John! It truly helps when you make our point of proabort logic being a kind of insanity. 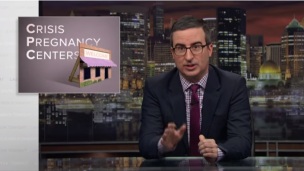 First, John Oliver is a pig of a man. Period. He is no ‘man’, instead he’s just another ill-informed proabort that makes money from making people laugh about killing unborn babies. But, here he is AGAIN, finding humor in crisis pregnancy centers and pregnancy resource centers. But let a nitwit with a filthy mouth tell you how wrong it is for people to save lives. His latest video literally SHAMES proaborts with their bull rhetoric of prolifers and so-called ‘conspiracy’ against abortion mills. Abortion ‘clinics’ seal their own fate, knowing full well they kill unborn people for money.

CPC’s and PRC’s are no conspiracy, although Oliver’s argument is strengthened when he quoted Abby Johnson. And of course, Johnson literally made his point. Nice going. Too bad Oliver didn’t use a real life prolifer, but wasn’t that the point?

In the video, I will say that ol’ Abby Johnson did throw a wrench into the mix by fueling their hate fire with gasoline saying CPC’s need to look ‘neutral’, like an abortion ‘clinic’, to lure abortion minded women into centers. Thanks, Abby. Seriously. Once again your ‘new age prolife’ garbage to sit back and mind bend people with neutrality is embarrassing for the rest of us TELLING THE TRUTH.

CPC’s and PRC’s do not have to ‘lure’ anyone, they don’t lie, they show the truth that abortion KILLS and it can’t be undone.

BUT WAIT!!! There’s more: Truth telling resource centers want to help with parenting classes, baby furniture, clothes, diapers, food, etc. Imagine, CPC’s and PRC’s helping an entire family to love and take care of their infant…THE HORROR!!!! But thanks to the ‘new age prolifers’, we get blow back from proaborts. Who knows how many unborn children may have died as a result of this.

To summarize this…idiocy…the video speaks for itself that proaborts of all types make baby killing a sport and joked about like some kind of sick sideshow. And it also tells us that perhaps the ‘new age prolifer’ needs to change gears and actually TELL THE TRUTH: “My people are destroyed for lack of knowledge,” (Hosea 4:6). 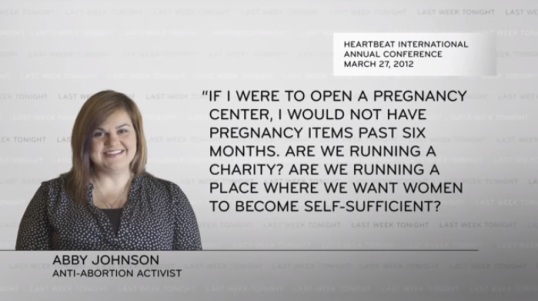 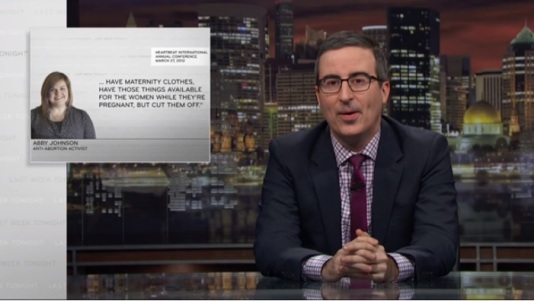