Kettering is not so safe for the unborn; 20,672 unborn Ohioans were aborted in 2016. That’s about 57 unborn Ohioans aborted every single day. Women’s Med in Kettering will kill up to 22 weeks.

So Kettering…not so safe for babies. Abortion is a money maker and Haskell pays taxes. Kettering has a pathetic ‘republican’ city council that has looked the other way since the 80’s. Not good for Ohio, definitely not good for unborn children, and never good for the baby’s mother and family.

If you ever thought that abortion is a women’s right ONLY, take a look at the Lexus the abortionist drives while THREE red tubs of aborted babies are rolled right past it.

Martin Haskell’s kill Mill in Dayton is where we witness at regularly. Abortionists are the bottom feeders of the medical community, ousted by real physicians. The abortion cartel had protected their own livelihood by protecting the abortionist rather than preserving the life of a woman overdosing during a late-term abortion in this death pit they call a ‘healthcare facility’.

The article below from Secular Prolife depicts what happened to a woman 2 years ago as a result of medical rape of a woman who was not coherent enough to keep her eyes open or lift her head, and aborted her child anyway. Secular Prolife reports:

On June 11, 2015, Women’s Med Center in Dayton, Ohio committed an abortion on a woman who was unable to consent. According to a state report—which did not become public until last year—the woman (identified only as “Patient #1”) was unable to hold a coherent conversation or even lift her head. Her speech was slurred, and according to the person who gave her a ride to the center, she “took two Soma and several Percocet and probably both Suboxone and perhaps some heroin on the way in.” She was described as “semi-conscious with low blood pressure.”

Women’s Med Center dutifully noted her all of this on her chart, then aborted her baby anyway. Their excuse? If they didn’t act quickly, the child might have been born alive. The horror.

If anyone other than an abortionist did what Women’s Med Center did—if anyone approached a woman who was too high on recreational drugs to function, either ordered her to undress or personally undressed her, then stuck metal instruments up her vagina and manipulated her cervix—feminist groups would rightly and without hesitation call it rape. Instead, NARAL defended Women’s Med Center, calling the health department investigation a “political witch hunt.”

When this story first broke last year, Secular Pro-Life drew attention to the cause using the hashtag #AbortRapeCulture. Sadly, only pro-lifers cared. Not a single pro-choice twitter user spoke out against Women’s Med Center’s abuse.

The investigation into the medical rape has apparently stalled. Six months ago, Women’s Med Center lost its operating license for an unrelated reason, namely, its failure to obtain a transfer agreement with a local hospital, as required by law. Unfortunately, Women’s Med Center is allowed to keep doing abortions while it challenges that ruling in court. The legal proceeding remains pending.

We mourn two years without justice for Patient #1 and her baby. To mark this sad anniversary, and to remind Ohio officials of their duty to protect the public from Women’s Med Center, we ask that you once again use the hashtag #AbortRapeCulture.

The medical rape of Patient #1 makes a mockery of the claim that the abortion industry is about “choice” and “women’s health.” Whatever happens, we will not forget. [Secular Prolife]

EXPOSING THE ABORTION AGENDA FROM THE PULPIT, ON THE SIDEWALK, THE MEDIA & IN THE STATEHOUSE: “Once I realized that my abortion was a tragedy and not an accomplishment, I was able to discern correctly that abortion is, indeed, MURDER.” ~ Rev. Katherine, post-abortive minister, apologist, counselor, AMERICAN.

A video message from Rev Kat of the LIFE House on Mother’s Day, on the sidewalk of Martin Haskell’s late term killing place. 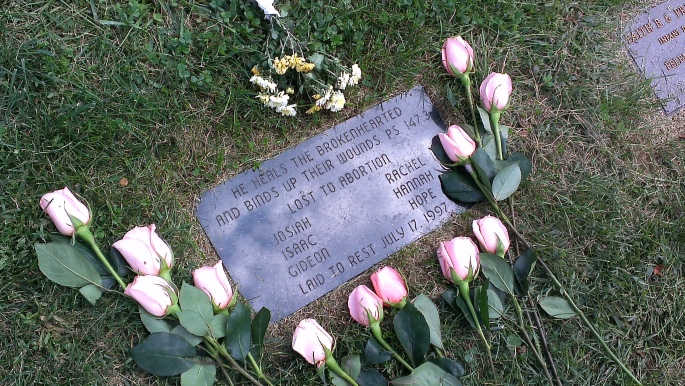 Judge Mary Wiseman, I’m about to out your proabort agenda. Get ready. I will be that burr under the saddle.

This so-called ‘judge’ is allowing Martin Haskell’s killing mill to stay open during the appeals process EVEN THOUGH no other ‘medical’ business is allowed to because they would be deemed ‘unsafe’ until everything is worked out. Read the rest here.

BUT NOT IN OHIO.

Hey Mary, did you know at Haskell’s ‘clinic’ a woman was brought into that death pit for an abortion while in the throes of heroin? AND was passed off to Miami Valley Hospital in an ambulance AFTER the abortion was over: “Wiseman found closing the facility during the appeal would harm clientele of the Stroop Road clinic.”

Hey Mary, did you know that Haskell’s kill mill hasn’t had a license to ‘operate’ IN YEARS???

Hey Mary, did you know that 60 unborn Ohioans will be aborted TODAY and now you have their blood on YOUR hands?

Hey Mary, did you know that Haskell is the pioneer of the Partial-Birth Abortion procedure: “She also said closing the clinic for the duration of the appeal would pose undue hardship on its owner, Dr. Martin Haskell.” Poor Mr. Haskell has made MILLIONS killing unborn babies, his assurance that he will be adversely wounded monetarily is just plain ridiculous.

So, Mary…how much did Haskell pay you? I mean, what stake do you have in keeping a known serial baby killer in business? Is THAT what you want on your resume?

So, dear Strickland appointed Judge Mary Wiseman, you are not a friend to women or their children. Stop lying to yourself and get your credibility back by doing what is RIGHT and DECENT.

I sure am glad I’m not an UNBORN Ohioan, I wouldn’t stand a chance with Judge Mary presiding. YOU are the real war on women. 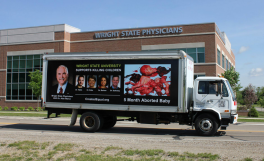 Proaborts sporting ‘nasty women’ shirts met at the Dayton late-term abortion death pit today to bring shame on the tens of thousands of aborted children who were murdered at the hands of Martin Haskell’s Women’s Med. It’s very typical of these proaborts to go there when the death pit is closed, not open for ‘business’ when women are actually getting abortions. I mean, why be shy? Don’t you want to tell these women how their abortion makes your life better? Cowards.

The so-called right to abortion ‘access’ has nothing to do with shutting down an illegal abortion facility that has been ‘operating’ without a license for YEARS. But that doesn’t stop ‘nasty women’ from spewing hate for innocent unborn children and their families.  According to the Dayton Daily News “Ohio has revoked the operating license of one of the

state’s few remaining abortion clinics on the grounds that it failed to obtain a required transfer agreement with a nearby hospital for emergencies…” All proabort sites and opinions say this is unfair even though ALL surgical facilities in the state of Ohio have to adhere to the exact same rules and laws.

And though emergency rooms do take all emergencies, hospitals have the right to say no to transfer agreements of questionable ‘doctors’ that can’t quite seem to stay within the confines of the law, decency, and Hippocratic Oath. A perfect example was when Martin Haskell’s death pit knowingly performed an abortion on an addict who was under the influence to the point of not being able to have a conversation or walk by herself. So dear proaborts, let that sink into your alt left reality.

This being said, a proabort attorney, getting very rich from Martin and Valerie Haskell, filed an appeal to the state’s decision to revoke its license [Nov 30] and has the nerve to expect a ‘stay’ to continue to do business [kill] while the appeal is being heard. Read the rest here. It has not gone unnoticed that this is the only ‘medical’ business that gets a pass.

The partial birth abortion pioneer must have made millions from killing children to keep this bustling train of appeals rolling. But they need to be very aware that they do not have the luxury of time or a never ending checkbook; this will end for them, they will close, and their tyranny of pulling baby parts out of their mother’s womb will be OVER. Ohio will bring a permanent end to abortion, one death pit at a time.