Great News! The self-proclaimed pioneer of the partial birth abortion has been denied, for now. Because of new prolife provisions recently passed in Ohio’s new state budget, abortionists “will have 30 days to submit a new variance request. However, the state’s next biennial budget — to be signed into law by Gov. John Kasich next week — could make it so that approval of all variances by the Health Department must occur within 60 days. If a variance isn’t approved in that period, it would be considered denied.” Read the rest here.

Martin Haskell’s late-term Dayton abortuary is now operating without its variance for hospital transfer: “A clinic in a suburb of Dayton might not be allowed to perform abortions after the Ohio Department of Health on Friday denied its variance request, which had been pending for more than a year.” Currently, Haskell’s late-term abortuary has women coming from Indiana and Kentucky, at other times as far away as Georgia.

The provision reads that there may be a 90 day window for Haskell to get his variance or a transfer agreement which he has not been able to obtain for at least a year. Haskell’s variance has been with Wright State Physicians up to now, can they back out while they have the chance? There has been active educational outreaches at their offices and neighborhoods to bring awareness to the public and their neighbors that Wright State Physicians has been collaborating with Haskell to stay open for his late-term abortion ‘business’:

“In November of 2013 doctors in the Wright State Physicians group agreed to provide emergency back up services at Miami Valley Hospital for the Kettering abortion center and on the basis of that contract the abortionist requested a variance from the requirement for a hospital transfer agreement.” Read the rest here.

Since last December, there have been three 911 calls to Haskell’s abortuary; two in ONE DAY. Roslyn Kade was the abortionist on duty all three times. Read about that here.

Also note that there is current legislation for a 20 week pain capable ban AND to force abortionists in Ohio to use the appropriate drugs for medical abortion rather than drugs that are for other ailments:

What many people don’t know is how misoprostol [for ulcers] andmethotrexate [for autoimmune and cancer] is used in Ohio is with is an ‘abortion shot‘: “Methotrexate is a drug that interferes with rapidly dividing cells, like those in an early pregnancy. It is frequently used to treat ectopic or tubal pregnancies to avoid surgery. This medication is given by injection or shot, usually in the arm or thigh. Different from Mifeprex, methotrexate has no effect on softening the cervix. The second medication is misoprostol, a prostaglandin that causes the uterus to contract (similar to labor) and expel the pregnancy. This causes cramps and bleeding.” Read the rest here.

Time will tell when Haskell finally shuts down his abortion business. Until then, there are sidewalk warriors offering hope, love and prayer to pre-abortive women and men. 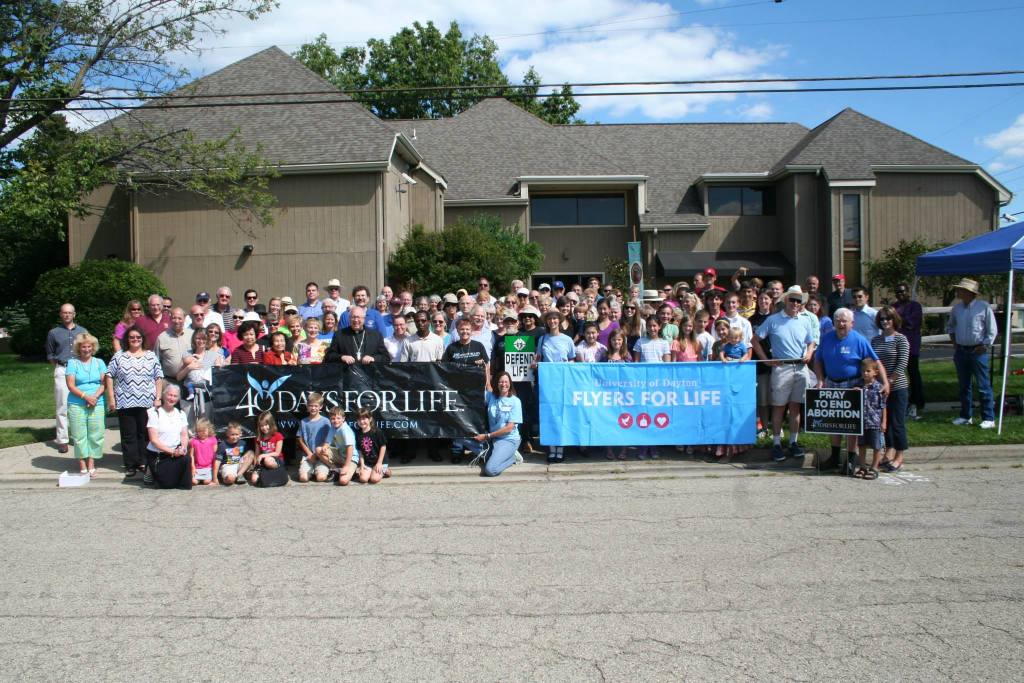 From the Columbus Dispatch: “The [Ohio] Senate tonight passed a two-year, $71.3 billion budget that would cut income taxes by $1.7 billion, freeze tuition at state universities and implement language that could make it difficult for some abortion clinics in Ohio to stay open.”

Currently, Martin Haskell, owner and abortionist at Women’s Med in Kettering, is killing with a variance, not an actual transfer agreement. His variance is with doctors at Wright State Physicians who have their own transfer agreement with local private hospitals. Local activists and advocates have been fervently educating the public concerning physicians and hospitals that cover for Haskell, the self proclaimed pioneer of the late-term abortion. With this new provision, Haskell’s unapproved ‘variance’ may come to an end soon:

“Under state law, abortion providers are required to have a patient-transfer agreement with a private hospital. A budget amendment this week would require that a variance to that transfer agreement, such as one that has been pending for a Dayton clinic for about two years, must be approved by the Ohio Department of Health within 60 days, or it is denied.

“A second provision that would have required a transferring hospital be within 30 miles of the clinic was pulled from the bill at the request of Sen. Sandra Williams, D-Williams, who got two multi-faceted amendments approved and then agreed to be the only Democrat to vote for the bill….Sen. Kris Jordan, R-Powell, was the lone Republican “no” vote.”

Now, with variances being under the gun for approval, these illegal abortuaries can be shut down permanently until they can attain their own transfer agreement.

Women in Ohio, specifically in the Dayton/Miami Valley area, will be safe from unsavory conditions at Martin Haskell’s facility. Botched abortions are not new at Haskell’s abortuary; there has been THREE ambulances called to the facility in the last six months; TWO in one day last December. The abortionist on duty was Roslyn Kade. All three emergencies were on ‘late-term’ days. Read about that here.

Thanks to Created Equal for their diligence here in the Dayton area, educating the public about Martin Haskell, the Women’s Med and Wright State Physicians.